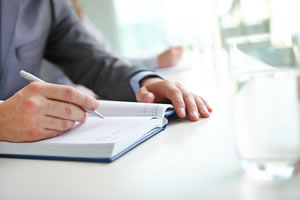 Broad Form: Named Peril Coverage. This type of coverage specifies what perils it insures against. A more limited policy than Special Form.

Special Form: This type of coverage only lists what perils are excluded from coverage. The typical exclusions for a Special Form Homeowners Policy are: government action, nuclear hazard, war and military action, water damage (ie. flood), fungus, and pollution. In this type of policy only what is specifically excluded is not covered. If it is not specifically excluded then it is covered.

You can order a C.L.U.E. report on your property from:

Comprehensive Coverage: Commonly called parked car coverage, this coverage applies to anything that happens when your car is parked (falling objects, animals crawling into the engine, vandalism) as well as collisions in which an animal is hit. Note: accidents in which a car hits another object or goes off road in an effort to avoid hitting an animal are Collision claims.

Collision Coverage: This coverage applies when an insured is at fault in a collision and would pay for damages to the insured’s own vehicle.

Deductible: Your out of pocket expense during a claim.

Retention: Similar to a deductible, a retention is typically seen on an umbrella or excess policy and would be your out of pocket expense before the policy would come into play.

Indemnify: To indemnify is to make compensation for an incurred loss, hurt, or damage. To make whole. The purpose of insurance is to indemnify the insured in the event of a loss.

Insurance Score: Not the same as a credit score, although it uses some of the same factors such as payment history.

P.I.P (Personal Injury Protection): This auto coverageÂ covers drivers and passengers in a vehicle in the event of an accident or if an insured is hit by a vehicle while on foot or bicycle. P.I.P. coverage is primary over regular medical insurance and pays medical costs, lost wages, and other medical expenses associated with your accident.

Scheduled Personal Property: Sometimes called a “floater” this type of property coverage specifically lists items to be covered that would otherwise be subject to a limit if combined under the standard contents coverage. Items that are typically subject to limits if not scheduled are: Jewelry, Guns, Furs, Fine Arts, and Tools.

U.I.M (Underinsured Motorist Coverage): U.I.M. would come into play if an insured was involved in a not-at-fault accident in which the at fault driver was carrying insufficient limits or no insurance what so ever. For instance, the state minimum property damage limit in Washington State is $10,000. If your vehicle costs more than $10,000 and was totalled during a collision with a driver carrying the state minimum your U.I.M. would make up the difference remaining.

A.C.V. (Actual Cash Value): Replacement cost minus depreciation. This would pay an insured the value of an item in a loss less the calculated depreciation. Typical Auto policies are A.C.V.

R.C. (Replacement Cost): The cost that it would be to completely replace the lost, damaged, or broken item.

C.S.L. (Combined Single Limit): Auto insurance that applies equally each time to an accident and does not have a per-person limit on liabilty.

Split Limit: Auto insurance that has two limits listed for liability coverage. These limits refer to the amount of liability coverage available per person and per accident. For instance, a split limit of $100,000/$300,000 would cover each person in a vehicle up to $100,000 each or a total amount of $300,000 if there were 3 people in the car who each needed $100,000. If there was one person in the car the total liability limit available in an accident would be $100,000.

Ordinance and Law Coverage: Ordinance and Law is found on property insurance policies and is represented as a percentage of your Dwelling Value. This coverage applies above your total limit and would be used in the event of a total loss in which ordinances or laws mandated including features in your home that were not originaly present. For instance, if your home built in 1960 burned to the ground today and the coverage amount available was $300,000 and you had an ordinance and law percentage of 10% then you would have a total of $330,000 available to rebuild your home which could be helpful if you had to add sprinklers per county ordinance.

Subrogation: To subrogate means to seek repayment from another party. For instance, if your insurance company pays out a claim and then finds out that another party is responsible, they will subrogate against the other party to get their money back.

Endorsement: An endorsement is a change made to your policy during the effective period of the policy. 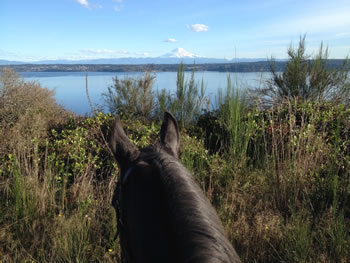 We are an independent insurance agency, licensed in the states of Washington, Oregon, California, Idaho and Arizona.